HCM CITY— Vietnamese businesses should adopt responsible timber trade practices to bridge the gap between the decree on Việt Nam Timber Legality Assurance System and the EU-Vietnam Voluntary Partnership Agreement on Forest Law Enforcement, Governance, and Trade, according to delegates at an international workshop held online on December 11.

The decree on Việt Nam Timber Legality Assurance System (VNTLAS) regulates the harvest, transportation, trade, and processing of timber in accordance with requirements and regulations of international conventions that Việt Nam is party to and requirements of countries that import processed wooden products from Việt Nam.

Nguyễn Quốc Khanh, chairman of the Handicraft and Wood Industry Association of HCM City (HAWA), said: “On behalf of  forestry and wood processing businesses, HAWA would like to suggest ‘Practising Responsible Timber Trade’ to satisfy both Việt Nam and the EU.

“This method has been strengthened in the last 4 years of implementing the HAWA DDS project, based on the actual situation and consultation with relevant stakeholders like Vietnam Administration of Forestry (VNFOREST), EU organizations and experts and Vietnamese businesses.”

Đào Tiến Dũng, the HAWA DDS project developer, said it is designed to support due diligence and traceability efforts by HAWA DDS members.

The project is funded by the FAO-EU FLEGT Programme and endorsed by the VNFOREST.

By the end of November the project had completed the development and pilot phase of the platform, he said. 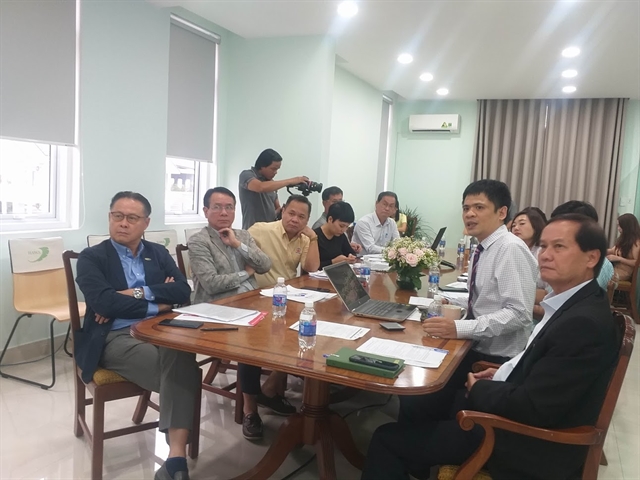 An international online workshop on ‘Responsible Timber Trade Practice – solutions from Vietnamese business sector to fill the gap between VNTLAS decree & VPA’ being held by the Handicraft and Wood Industry Association of HCM City on December 11. Photo Courtesy of the HAWA

The VPA- FLEGT came into effect in June last year.

Since then the Government has been turning it into provisions in its VNTLAS Decree.

Since the decree was issued in September it has been widely applied nation-wide.

But the EU has said the decree does not yet sufficiently reflect the VPA-FLEGT and adopted stricter measures on wooden products from Việt Nam.

“We have substantial work ahead of us, but I am confident that after these first problems Việt Nam will rapidly amend and supplement the VNTLAS Decree as needed to implement the Việt Nam Timber Legality Assurance System as provided for in the VPA.”

Tim Dawson, the leader of the FLEGT team at the European Forest Institute, said: “VPA requires due diligence for all imported timber unless with a FLEGT licence or CITES permit while the decree includes due diligence obligation when importing timber, but discrepancy in Form 03 on declaration of origin of imported timber may confuse the obligation.

He suggested that technical discussions with the EU and national stakeholders and a high-level dialogue should be organised soon.VNS