Cheddar – By Alexander VuocoloHusband-and-wife team Marc and Rene Simon, owners of foo-BARS Designs, still can’t believe how much alcohol people drink. As the type who enjoys the occasional glass of wine, the massive demand for custom-made home bars during the pandemic has surprised them. It’s also fueled a 100 percent year-over-year increase in sales for the Florida-based furniture maker.   “We had about five days when they first shut everything when we had an ‘Oh s***’ moment, where orders stopped coming in and we thought, ‘Holy cow, we’re screwed,'” Marc Simon told Cheddar. “Then they closed all the bars, and everybody got their stimulus checks.”In April, while much of the economy languished, foo-BARS pulled in $245,000 in sales, nearly triple the $75,000 they made the year prior. Meanwhile, off-premises alcohol sales are up 21.6 percent year-over-year, according to Nielsen’s market data. According to the Simons, these two data points have a lot to do with each other.  They saw the composition of their sales shift from 80 percent reception desks — their bread and butter prior to the pandemic — to nearly half their sales coming from home bars. 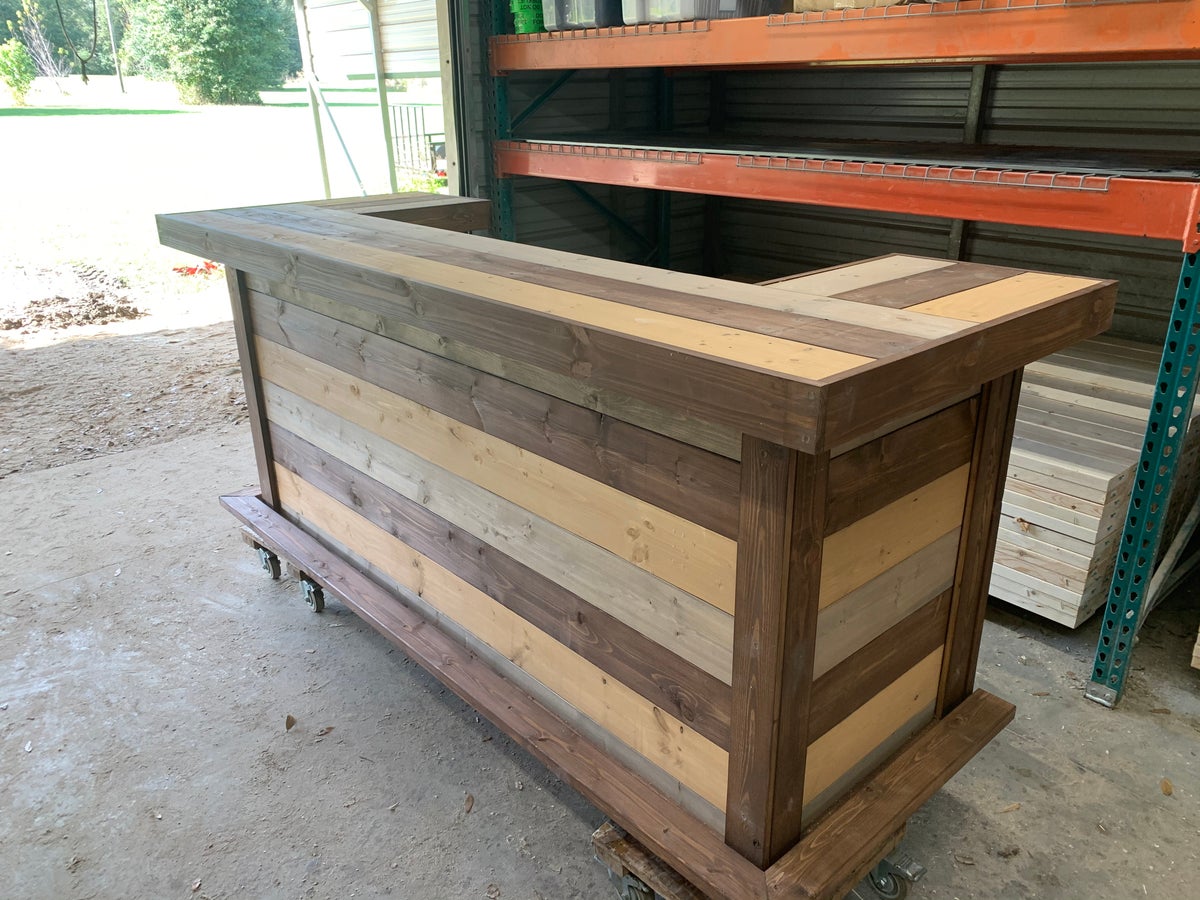 Image courtesy: Marc Simon/foo-BARS Designs  The units vary in size and shape, but most have a rustic or industrial style and use unfinished wood or corrugated metal. Over the summer, the company saw a spike in larger outdoor units designed for backyard patios. Many of these sales came from states with the most severe lockdown measures, such as New York and California, Simon added. Ralph McHale, owner of FinalCuts Woodworking in Bethlehem, Penn., saw a similar increase, but it came a little later and seemed less connected to the early stimulus-fueled spending spree. “In the past four months, all I’ve been working on is bars,” he said. “There’s been a lot more interest in them, too. A lot of people contacted me with questions. Pretty much all of the messages in my Etsy store are about bars.” McHale, who builds everything himself, does all kinds of woodwork, from tables and chairs to cornhole boards, but home bars were always his passion. Now they make up 80 percent of his business, a shift that he chalks up to people settling into a new, more home-bound lifestyle”People are stuck at home, and I think a lot of people are sort of planning to stay that way,” he said. Working at a rate of one bar per week, McHale said meeting the demand has been difficult. He’s currently booked up until after January and won’t be accepting any additional holiday orders. For foo-BARS, the biggest surge in sales came over the summer. Now things are settling down. However, business is still up 5 percent over the usual holiday bump.  The biggest x-factor for the business, according to Simon, is whether another round of stimulus checks is coming. “If another stimulus check comes through, then we’ll see another unbelievable increase again because people like to drink,” he said. “I can’t believe how much they like to drink.”